On Tuesday 18th of September, it will be the 5 years anniversary of the murder of Pavlos “Killah P” Fyssas, a greek rapper, who was killed in his neighborhood, Keratsini, by the neo nazis, members of Golden Dawn.

This day has been dedicated to Pavlos’s memory and each year it serves as a national day of antifascist action leading up to a gathering and demonstration, starting from the point where Pavlos was murdered in Keratsini and ending up to a different point each year according to the antifascist movement’s needs and targets.

Coincidentally the fifth anniversary of Pavlos’s murders is in the same time frame with the last stages of the legal persecution of the neo nazi organization Golden Dawn. Therefore, from our perspective the need to make our presence even stronger in the wider Piraeus region is bigger than ever, in order to take down the last stronghold of the neo-Nazis in Greece. We cannnot leave the neighbourhoods in which Pavlos once lived to become breeding grounds for his fascist murderers.

Unfortunately, as of late, in a desperate attempt to gain ground, the local fascists, especially Golden Dawn are riding the nationalistic wave concerning the name of the Republic of Macedonia, have started once again to attack immigrants and refugees and to attack Free Social Spaces and squats. On the 21st of January, Libertatia Squat in Thessaloniki was burned to the ground, on the 25th of February Golden Dawn members attacked Favela (a Free Social Space in Piraeus) injuring several people in the process while on the 24th of June the attacked the Social Space for Health (former PIKPA squat) in Petralona during the space’s assembly.

At the same time there is no denying that the nationalistic far-right is rising all across Europe, both in terms of parliamentary power and power in the streets with attacks against minorities and the oppressed people. In Italy, Germany and in France nationalism and fascism leave a deep imprint with murderous attacks against locals and refugees/immigrants who resist.

We come across something that will keep appearing before us unless we stop it. We have, therefore, to analyze this phenomenon and at the same time, to create a framework with actions on every level, be it a political, a social or an activist one, as a unified antifascist movement in order to break fascism’s course.

For this reason we call upon all of the antifascist groups and collectives from around Europe and every single antifascist person to initiate an Antifascist September in Greece.

This call of course is being issued to local groups and collectives as well, in order for the antifascist front to grow as it should.

Capitalism, the state of exception, racism, sexism, nationalism, death politics and all the followings of fascism are the things we must fight against and fascism is the one thing we must crush in the streets.

We hereby propose the following for an Antifascist September:

1. A European meeting on Sunday and Monday (16th and 17th of September) with inputs from Germany, France, Italy and groups from other countries as well. A meeting for a discussion between political groups and collectives with the prospect of further networking and European action.

2. A demonstration from the spot where Pavlos Fyssas was murdered in Keratsini, Piraeus on the 18th of September.

Not a single spot of public space will be left to the fascists!

P.S. As time progresses new banners, calls and texts will be circulated. 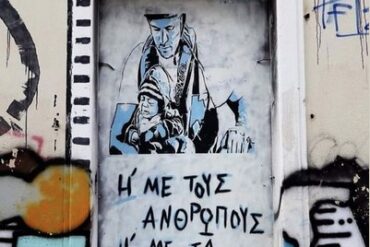 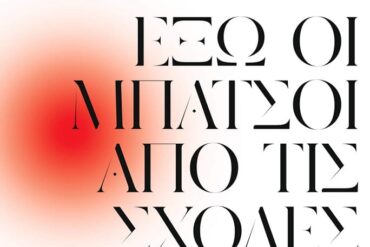